“So effectively, out of the 566 municipalities, Woodlynne has the worst, the highest tax rate.”

According to the NJ Division of Taxation, next to Winfield Twp, Woodlynne has the highest tax rate.
(https://www.state.nj.us/treasury/taxation/lpt/taxrate.shtml)

“And what this shows, out of the 32 school districts in Camden County, Woodlynne has the sixth lowest cost per student to educate. So if you look at this, you’re blaming the schools for taxes… Well, again it gets back to, in terms of your facts, your facts don’t jive with these, I guess, alternate facts.”

Confirmed, with a caveat.

According to the NJ Department of Education, Woodlynne spends $17,451 per student, which is definitely on the lower end of the scale. (https://www.nj.gov/cgi-bin/education/csg/18/csg.pl?string=dist_code5900&maxhits=650) However, these figures do not indicate that Woodlynne students are not being bussed back and forth to school. The state of New Jersey, for the 2018-2019 school year, has determined the maximum allowed expenditure for bussing students to be $1,000. (https://www.nj.gov/education/genfo/faq/faq_transportation.shtml) That extra $1,000 per student would move Woodlynne down the list from 6th to 16th, which while not the best, is still solidly in the middle-ground. Further, this discussion was never about how much the school spends, but rather about how much it takes, and it cannot be disputed that the single largest claim on our taxes is the school.

“The point is… our tax rates are through the roof. It’s not the school’s fault.”

Well… yes and no.

No one has said that it is the school’s fault that our tax rates are so high, but to say that they don’t have a share of that is irresponsible. If you take a look at your tax bill, on the right-hand side, near the top, you’ll find a list of all of the places that your taxes go. This breakdown provides the following information (after you do the division to determine the percentages):
Borough: 41.6%
School : 46.4%
County : 12%
Again, although no one is actually saying that the school is to blame for the tax rate, it is taking the largest piece of the pie.

Below is the Agenda for this meeting: 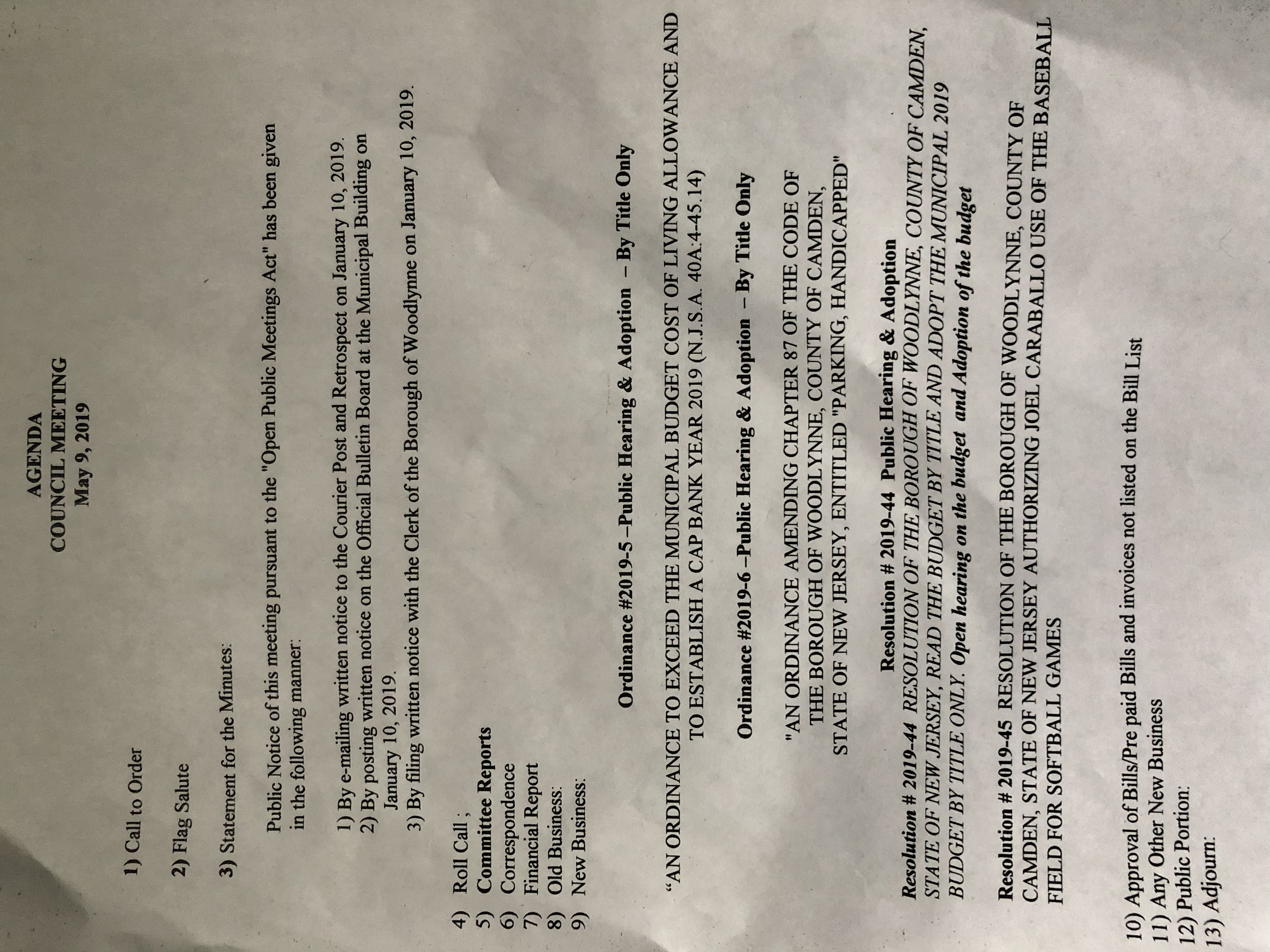